Our staff at Cal Youth Programs & Camps are proud to uphold the Cal tradition of excellence. Our staff are trained, and dedicated Youth Development Professionals with decades of combined experience. 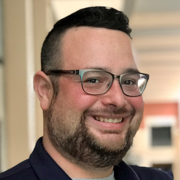 Dave is currently serving as the Director of Youth Programs, and provides leadership, guidance and support to all members of the Rec Sports – Youth Programs team. Dave holds more than 18 years of experience developing, managing, and supporting high quality youth programs. Dave most recently worked with the Boys & Girls Clubs in leadership roles where he managed several Boys & Girls Club facilities and programs. Dave was instrumental in developing strong community partnerships in the Bay Area, and in Northern Utah that have benefitted countless youth. Dave received the National Service to Youth Award in 2017 due to his multiple years of service to the Boys & Girls Clubs movement. Previously Dave spent five years teaching Physical Education in Tucson, Arizona and in Salt Lake City, Utah. Dave has additional experience working with youth in residential settings, experience managing municipal Parks & Recreation programs for the City of Tucson (Arizona), and holds several years of experience implementing and managing advocacy programs for foster care youth, and youth who identify as LGBTQ. Dave served for two years on the Arizona State Foster Care Review Board, and holds membership with the Foster Care Alumni of America where he is a previous Communication Chair for the Arizona chapter. Dave presently serves as on the Board of Directors, and Chairs the Program Committee for Beyond Emancipation, an East Bay non-profit providing support services to at-risk youth aging out of the Foster Care system. Dave holds further certification as a Youth Program Quality Trainer from the David P. Weikart Center for Youth Program Quality. Dave is an avid bicyclist, and enjoys traversing the many trails of the East Bay. Dave is also a talented cook who can often be found behind the stove at home. 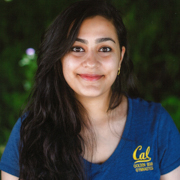 Nikita Kadam is the Supervisor of the Golden Bear Recreation Center and the Strawberry Canyon Recreation Area. In her capacity as Supervisor she supports Gymnastics, Archery, Skate, and other year-round programming. Nikita began her time at UC Berkeley as a student and used her previous experience as a gymnast to coach for Golden Bears Youth Gymnastics. In 2014, she graduated with a degree in Technical Theater and Performance Studies. While Stage Managing at local theaters around the Bay Area, Nikita took on a larger role in the Gymnastics program by managing their scheduling, camps, and marketing. In 2016, she took on the role of Gymnastics Camp Director. Due to the ever growing popularity of the gymnastics program, she worked with management to optimize the class schedule and enrollment processes. As Supervisor for Year-Round Youth Programs, Nikita works with Rec Sports Management to apply best practices and new innovative ideas to year-round youth programming. Nikita is passionate about using her experience in the arts and sports to serve the youth and parents of the East Bay. 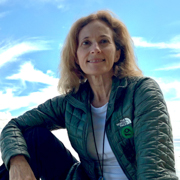 Leesa started working at Golden Bears Youth Gymnastics in 1986 when she was a student at UC Berkeley (BA- Art, BS- Nutrtition). Leesa left and then came back in 2004 and has been working in Youth Programs ever since. Leesa has been involved in gymnastics as an athlete, coach and judge. Leeas specializes in Xcel gymnastics and has been chosen to present at Regional and National Congresses. Leesa has dealt with all aspects of finance as well as a myriad of other tasks associated with the day to day operation of Golden Bears Recreation Center. Leesa also still coaches a bit and really enjoys that aspect of her job. Leesa love’s seeing kids improve, and seeing the confidence that comes with it. Leesa is married to Rob, a scientist, Rob and Leesa have 3 sons. In her free time, Leesa plays competitive Scrabble, participates actively in ballet, art, and vegan cooking. 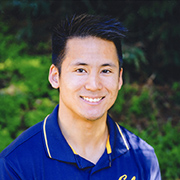 As Program Coordinator for Golden Bear Recreation Center and Strawberry Canyon Recreation Area, Vinh Nguyen brings seven years in sports administration to the position. Prior to his current role with Rec Sports, Vinh served as Operations Assistant for Golden Bears Youth Gymnastics where he administered enrollment and billing for the program. Drawing upon the program’s success, Vinh’s objective is to further the standard of all youth programming at Cal. From 2018-19, Vinh took a hiatus to attend the M.S. in Sport Management program at The Ohio State University. During his time in Columbus, Vinh interned at Integrity Athletics, a multi-sports facility where he analyzed program operations, performed market research and provided consultation to senior leadership. A graduate of UC Berkeley, Vinh is eager to apply his education and experience to provide opportunities to Youth Programs’ diverse population. Vinh aspires to compete in elite powerlifting, enjoys creating art and has an affinity for cheesecake and other baked goods. 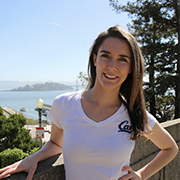 Liz is currently the Interim Head Coach for Golden Bears Youth Gymnastics. Her gymnastics coaching career started in Wisconsin, while majoring in psychology at the University of Wisconsin Stevens Point. During her undergraduate degree, she began interning at New York University which led her to move to New York after she graduated. While working in New York City, she began a full time career as a gymnastics Head Coach, working with children aged 6 months to 18 years. In 2018, Liz brought her skills and knowledge to Golden Bears Youth Gymnastics and moved to San Francisco. As Interim Head Coach, Liz oversees all aspects of Golden Bears Youth Gymnastics and trains a number of gymnasts and coaches. As a professionally certified coach, Liz brings over 10 years of competitive coaching experience and a wealth of knowledge to all areas of the gymnastics program. Liz is happy to be a part of the Cal family and is eager to continue the success of the program. 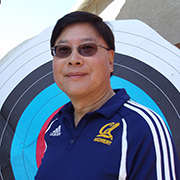 Victor has provided leadership to the archery program since 2009. He is a USA Archery Level 4-NTS coach and has trained at the Olympic Training Centers in Colorado Springs and Chula Vista. Victor’s coaching philosophy is to provide a fun and safe archery experience for all ages and levels, which is the primary goal of the Blue Camp program. The Junior Olympic Archery Development (JOAD) camp is a challenging environment to learn the National Training System (NTS) and develop archery skills. 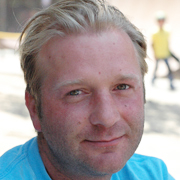 Sean has been running the Cal Skateboard Camp since 2000 and brings a lifetime of skateboard experience to the program. In addition to teaching skateboarding technique and skills, Sean emphasizes respect and bringing a positive attitude to camp. Sean’s skateboard curriculum is nationally recognized and he is sought after as a consultant to other organizations starting programs and building parks.