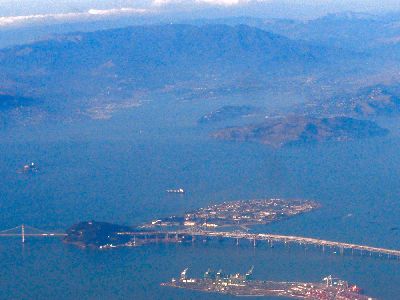 A Gem in an Emerald Bay

What do “Indiana Jones and the Last Crusade”, the 1939-1940 World’s Fair, and big piles of landfill have in common? They’re all a part of Treasure Island history, of course! Initially conceptualized as a second San Francisco airport to host Pan Am’s line of Trans-Pacific “flying boats,” Treasure Island is one of the world’s largest artificial islands and home to some amount of radioactive dirt.

Explore the perimeter of the island for unparalleled views of San Francisco and the whole Bay. The Island is rich with military history, visually represented in a mural inside of the former Administration building. The skeletons of former military and exposition buildings are as plentiful as the seagulls overhead. In a flat, leisurely 3.5 mile walk, you can circumnavigate the Island and explore the beach along Clipper Cove.