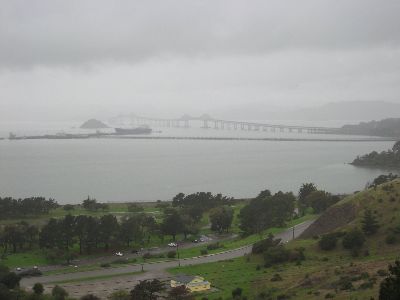 Miller-Knox has a bit of something for everyone – with a beach, a historic railway and ferry pier, some peaks to climb, Bay views to gawk at, a lagoon for wildlife, and wide open spaces to roam. Tucked away behind a tunnel and beyond the railroad tracks, Miller-Knox is a bit of a hidden gem of outdoor activity with a ton of local history. The Ferry Point Pier was originally used as a passenger ferry and freight barge terminus and landing for the Atchison, Topeka and Santa Fe Railroad system, but nowadays its nearby cousin primarily transports vehicles to nearby lots. Even more recently, the area was important in World War II, and is home to the nearby Rosie the Riveter Museum.