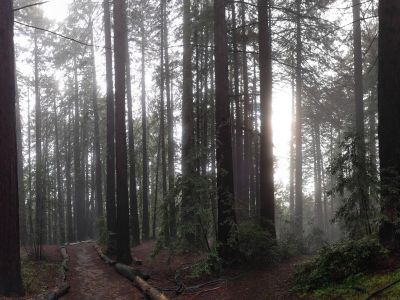 Joaquin Miller is home to many multi-use trails, making it a local favorite for hikers, mountain bikers, dog walkers, and even equestrians. The park’s robust trail network offers something for every stage of outdoorsperson, and its proximity to Berkeley and Oakland generates quite a bit of popularity. Joaquin Miller himself was a poet and author born Cincinnatus Heine Miller in Indiana before his family relocated to Oregon in the 1850s. Miller found himself in California during the Gold Rush, where he was a member of a number of expeditions, which lent themselves to the stories he recounted in his books. In the park you can find several interesting structures he built, to include “The Heights” – a home he built himself, and the Pyramid to Moses, in addition to the funeral pyre where he had intended to be cremated (don’t worry, it didn’t happen).