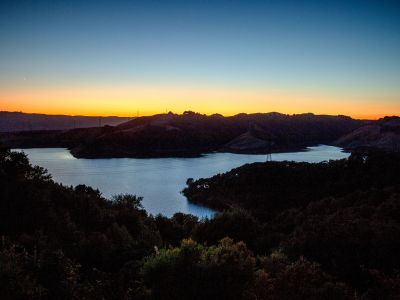 Even locals may be puzzled by where Briones is, tucked away in the East Bay hills between Martinez, Lafayette, Walnut Creek, and Pleasant Hill. The rolling green hills of the cooler months are reminiscent of that iconic Windows XP desktop, and will reward hikers with panoramic views of Mount Diablo and the Diablo Valley to the east, the Sacramento River to the north, and to the west, the Berkeley Hills and Mt. Tamalpais. While exploring the park en route to the lagoons, you may come upon some livestock grazing. Some portions of the park are under a hundred-year lease by ranchers, who are fortunate enough to allow their animals to roam free through the 2060’s.

The land was a part of the 1842 Mexican land grant of Rancho Boca de la Cañada del Pinole, which was granted to the widow of Felipe Briones, a soldier at the San Francisco Presidio. Today, the adjacent Russell Reservation is used by UC Berkeley as a research center.